What does Pink Brass Knuckles mean?

Unfortunately, there is no huge, sentimental back story of how Pink Brass Knuckles originated. The meaning behind the name is as literal as the name. The color pink is almost always associated with girly and dainty, and brass knuckles are typically weapons linked to big, burly men who speak with no filter. Combine the two and you get Phoenix--delicate outer appearance, and obnoxious oratory (& written) skills.

PBK started out as a personal poetry blog entitled "LovePeacePoetry," but was converted into Pink Brass Knuckles in August 2010 by Phoenix Nicole as a lifestyle/opinion blog that focuses on a variety of topics, including spotlighting young entrepreneurs and talents in various parts of the world. In addition to interviews and the occasional rants, Phoenix also showcases original poems from her own collection.  What originally began as an experiment to see if she could actually maintain a steady repertoire of written material for critiques and feedback, eventually became Pink Brass Knuckles.

Pink Brass Knuckles sets out not only to give an opinion on something, but also to empower. Many of the posts on PBK, though in a very in-your-face tone, are written for the purpose of helping people recognize their full potential. 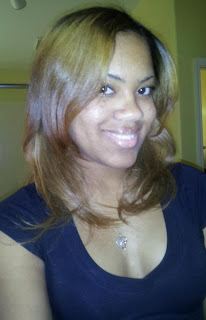 Phoenix Nicole founded Pink Brass Knuckles in August 2010. When she conducted her first editorial in 2007 for "Bike Business Magazine," she knew that she loved writing. After receiving her AA degree in Communications from Marymount College (2008) and BA in English from Loyola Marymount University (2010), she decided to take her writing to a new level. She created PBK, but did not think it would evolve into such a creative adventure. By meeting, networking and interviewing various people, Phoenix hopes to give young entrepreneurs a platform on which to gain recognition.

In addition to PBK, Phoenix is a Jill of all trades. She is a freelance copy editor, writer, bartender, and substitute teacher. After a two-year break from school, she has now returned to LMU to work on a double Master's in Secondary Education and Educational Leadership.