Why Rush?: 5 Reasons Why I Don't Need to Get Married Now 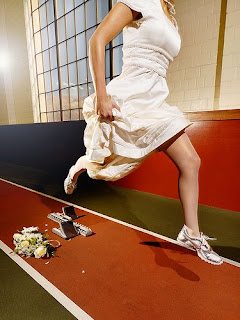 Last week I was flipping through the channels and caught that show “Mobbed,” in which flash mobs are used as to deliver personal news. The episode I watched was where a woman was dating her boyfriend for a few years and was tired of waiting for a proposal so her ultimatum was to either get married right then and there, or break up.


Yesterday, I read a tweet from someone saying something along the lines of “If you're in your 20s and have been dating someone for more than 3 years and haven't gotten a proposal, hang it up.”


Wow. I'm quite fascinated by the logic of some people. I've been dating my boyfriend for 6.5 years and we're not even close to getting married, but I have never even thought about giving him an ultimatum. I'm 22 years old; why do I need to get engaged now?? Here are my top 5 reasons why I don't want to get married now...
Reasons may be different for other people, but why are people so insistent on looking at people sideways if they want to wait longer to make a commitment?