The Myth of the Angry Black Woman

I woke up this morning to D.L. Hughley talking about how he, in a nutshell, doesn't care for Black women because they are always angry and/or hostile. His words: “I've never met an angrier group of people. Like black women are angry just in general. Angry all the time.” Though I try to stay away from this topic, this morning, I had a change of heart. If you haven't read his interview, here is the link: Click here.


Every time I log onto some type of social network, or talk about Black women to a Black man, it's always the same ol' shit about all Black women being loud, ghetto, angry..etc, BUT she's a “Queen” and her ass is wonderful, blah blah blah. It's like all Black men hate AND love Black women at the same damn time. As a Black woman, I'd honestly rather Black men keep their damn opinions to yourself. However, this seems to be a problem for many of them. If you prefer someone of a different ethnicity/background, then fine, but don't generalize a whole group of Black women because of what you've seen on VH1 or in your neighborhood. You don't even know me. 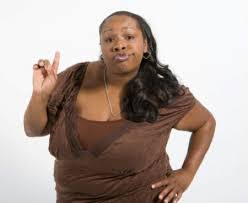 Angry, you say? Even if Black women were angry, wouldn't we have a legitimate reason to be? On a regular basis: we get criticized for being fat, but our asses are glorified (and if we don't have one, our Blackness is in question); our weaves are criticized, but our natural hair isn't good enough; if we are comfortable with our sexuality, we are hoes; if we aren't sexy enough, we're prudes; if we are focused on work, you feel intimidated; if we like being taken care of, we're golddiggers. The list goes on and on and on and on and on. No one talks about how angry Black men are. Yet, WSHH are full of ignorant videos with men beating up on women. Of course, she provoked him though because why? She's an angry Black woman.

When Black men publicly denounce Black women in the media, that opens doors for non-Black people to do the same. If the men in our own community don't respect us, then why should they? It's a big fucking mess. If I'm already catching flack from my own community, what makes you think I want or need to hear it from someone who isn't even in my circle? Yes, Black women are known for their strength, but why make us carry even heavier burdens? Even if Black men dislike us, why go on NATIONAL FUCKING TV to tell the world?


Then D.L. goes on to say, “I respect [Black women] great - a great deal. I think that to pretend like I don't see things the way that I do is to do a disservice to them.” How are you seeing things D.L.? Has every single gotdamn Black woman on the Earth failed you? Was your mother angry? Was her mother angry? I don't know them so I cannot argue on their behalf. However, there is a big fucking difference between being angry and wanting the best for you. I could claim that my mother was angry, but I'd be lying. She pushed me to be the best that I can be because there is already low expectations of Black people in general. Most Black women's strong-will is mistaken for anger. We aren't angry, but we do have to be strong because, obviously, we are all that we have. Black men, apparently, going to bat for us.

My question to D.L. + all of these other Black men who hate Black women: were you not hugged enough as children? Did you get enough breast milk as an infant? I mean, who the fuck hurt you? Jesus H. Christ, it's sickening how hateful many of you are. Go get some gotdamn therapy.

P.S. If this rant doesn't apply, then don't take it personal. This is only for those who are constantly talking about how much Black women have failed them.