For days, I strongly debated posting the poem I posted yesterday, “Taboo Truth.” Showing emotions on such a public forum has always been scary for me. However, the topic is something that I have witnessed for a while—the mental health taboo in the Black community.

Whenever the subject of depression is brought up, it's always met with: "Toughen up" or "Don't let it get to you." That is not easy as it sounds. Depression is an illness, and needs to be treated as such. It's not always an egotistical call for attention.

I've worked at a daycare off and on for the past 5 years. Before becoming a full-time substitute teacher this year, there was a child at the daycare who had Autism. His parents were divorced, and his dad was in South Africa on business, but his mother was a very soft-spoken person. Even after the divorce, she was still submissive to her ex-husband. Every day that he was attending the daycare, his behavior was progressively getting worse. His mother wanted to put him on medication, but the dad did not. At the age of 5, the child was spitting, punching, slapping, screaming, pulling his mother's hair, and throwing dirt on his mother. When the mother tells the dad about his behavior and his need for medication, he says, “My son doesn't have Autism. He'll grow out of it.” He was in denial.

I've noticed that there is a pattern. Mental health in the Black community is taboo. Everything is either a phase or caused by a person not being religious enough. This is not true. Mental disabilities are real, and cannot (and should not) be ignored. No one “grows out of” depression, ADD, Autism, ADHD, Bipolar Disease, etc. It's not fair, nor is it right, to say that. It's also not right to label someone as “crazy” for having a mental disorder. 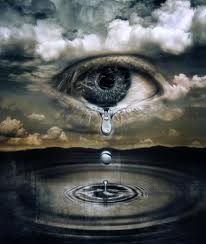 The purpose of the poem is to show how it feels to battle with an addiction or mental illness and living in fear of being an outcast in your own community. Part one: “Denial” is the attitutde of the entire community—pride. We're too proud to admit any flaw in our mental capacities. Part two: “Disregard” is the attitude of the individual representing the entire community. Even though there is a diagnosis and a prescription for the illness, they chose to ignore it. It doesn't make sense so we're not going to acknowledge it. Part three: “Depression” is the internal acceptance of having an illness and the external battle of deciding if they should tell anyone about it out of fear of being shunned.