Gay is Not an Insult

A few weeks ago, I read a tweet from a girl stating that she'd rather her future son be a rapist than a homosexual because “at least he'd be 'getting some pussy.'” Fuckery at its finest. I waited this long to write a blog post about it because I figured her opinion was just one belonging to a small-minded airhead. Then a few days later, I read the news about a man murdering his toddler out of fear that he might be gay. This is utterly ridiculous. I've noticed that the black community has issues with homosexuality. Why this is, I am unsure. Why persecute those who are different when you're a marginalized group your damn self? Black people may have come a long way, but there are plenty of people who still see black people as less than. Look at the level of respect our own president receives solely because of the color of his skin. I know that older people, regardless of race, are not too accepting of members of the LGBTQIA community, but it really irks me when I see young black people acting superior. Not only are you viewed negatively because you're young, but also because you're black. You're one of the last groups of people who should discriminate. 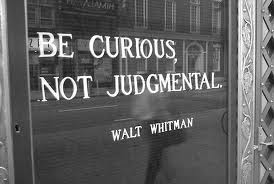 While I'm not trying to compare the plight of the black community to that of the LGBTQIA community, I believe that they go hand in hand. Both groups are discriminated against based on something over which they have no control. (I don't believe that people pick who they are attracted to. Who would choose to be something that would get them bullied and possibly killed?)

All I'm saying is, maybe if the black community (especially the younger ones) were more accepting of other people and their preferences, we could get a little bit of fucking understanding and consistency.


And to my young black heterosexual men: not every gay man wants you nor is every lesbian attracted to women because they have lacked “good dick” in her life!!! It's not always about YOU. I'm sure that they don't judge you on your decision to date swamp monkeys who give up the goods easily so chill the fuck out.