This is probably one of the most inspirational interviews I have ever done. Recently, I had the chance to interview Brittany “Bella” Graham, the multi-tasker who is taking over the music and fashion industry. From beating cancer to becoming a phenomenal journalist/producer/director/writer/blogger/emcee, Bella proves that she's not just a survivor, but she's also the epitome of hustler.

1. Tell me about yourself.
I'm a multi-tasker. I'm the producer and director of the documentary,“White Girls in Hip-Hop,” which examines the evolution of race in Hip-Hop from something that started in the inner city to something that's grown to encompass a global community. By using Hip-Hop as a platform, we can explore where race stands today and whether the recent emergence of white female rappers decreases or increases racial tensions. I work at the West Coast division of Vibe Magazine as a production assistant. I write and correspond for TheWellVersed.com, an online men's magazine founded by Andreas Hale, and I'm a blogger for “Lipstick, Lace and Lattes,” a fashion blog that officially launched on April 18th. I'm also the Social Media Marketing Director for mentor and former professor, Dr. Ebony Utley's book, “Rap and Religion: Understanding the Gangsta's God.”

2. How did you get started?
Before I graduated from Cal State Long Beach last December, I started working on the "White Girls in Hip-Hop" documentary as apart of my senior project. During the initial phases and research process, I started to get tons of support and a lot of people developed an interest in the concept. Even after I graduated, I was still receiving lots of support so I decided to make it into a full documentary. As for LLL, it is a collaboration between my five friends and I. The idea initially came from Hazzle Andrada and Lisa Linh, who brought the rest of us aboard. I just started working for Vibe in March so I'm still new to it. As for "The Gangsta's God," I kind of fell into it. Dr. Utley was my mentor and it just happened.

How do you balance all of your many roles?
I have various projects I'm working on, but all of them are basically in the same area of public relations and journalism, so it's not that much of a difference between them all. But I am an insane neat freak. I keep planners and lots of to-do lists. When I was in school, it was more difficult because I was limited on time and what I could do. Now that school is over, balancing everything is easier.

What matters to you the most—quantity or quality?
Quality is definitely the most important for me. I pride myself on my writing ability so I put 100% into everything. With all of my projects, I'm not so pressed for time because each project is a team effort. For the documentary, I have a publicist, an assistant and a team of camera op's so it makes the workload easier. About a year ago I started my own fashion blog, but I dropped it because I knew I wasn't going to have time to update it as often and produce quality posts. However, with LLL, there's six of us and so there's always new content.

What inspired your transition from emcee to behind the scenes?
I love music, and I still might pick it up again. I still write music and songs for other artists, but life experience has helped me decide to be more behind the scenes. In my experience, the people who work behind the scenes, honestly tend make more money and have more longevity. I like to enjoy the finer things in life, and realistically, being an artist isn't necessarily going to make me the money to do that. Granted there are a lot of highly successful artists like Beyonce and Kanye, but everyone doesn't always reach that level of success. Also, I'm a very private person and like to keep to myself. When you're in the spotlight, you have to deal with public scrutiny and people being all in your business. For me, one of the worse things in the world is being a famous broke person. Not that I'm scared of being broke and famous, but fame is something that you can't give back. Even if you don't do music anymore, there's always someone who's going to recognize you.

Could you see yourself in another occupation?
Never. I knew ever since I was a young girl that I wanted to be either in the film, music or fashion industry. Honestly, I can't do anything else. My three goals are to be involved in some aspect of the industry, travel the world and make lots of money. As long as I have those three things, I'm happy. There is no other option. 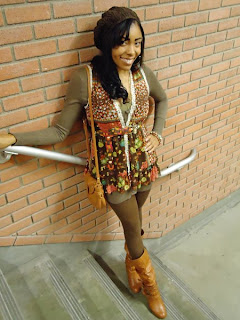 If someone asked you how they could become the next “Bella,” how would you respond?
Honestly, I think I'm still a work in progress. I'm grateful for what I have, but I'm always thinking about how I can do better or get to the next level. But I'd tell them: 1.) Get a Twitter. I've met so many people through Twitter, it's ridiculous. When you want to talk to someone, say their office is on the 20th floor. You have to go to their office, talk to the receptionist and hope they'll send you up. Twitter is a direct shot to the 20th floor. The power of social networking is amazing. It makes you get straight to the point. No bullshit. 2.) The people you surround yourself with makes a difference in your life and career. Some friends, you can legitimately turn into business partners and make money together. Other friends are destined to be just friends. The wise people how know to separate the two. All of my friends keep me motivated. Surround yourself with people who motivate you. I can't tell you about any of my friends who aren't doing shit because all of my friends are doing something productive with their lives. 3.) Have faith, peace of mind and confidence in yourself. Differentiate between what's real and fake. There's a lot of fraudulent people in the industry who pretend to have pull or front about who they know. Make your own lane and the rest will follow.

Be sure to be on the look out for Bella! She has proven to be nothing short of amazing. Follow her on Twitter at @BellaDonnaIzHot and be sure to follow Lipstick, Lace and Lattes on Facebook!
Created by Ms. B. at 11:04 AM