It's All in the Name: Interview with DOPE MAG's Tone Swep 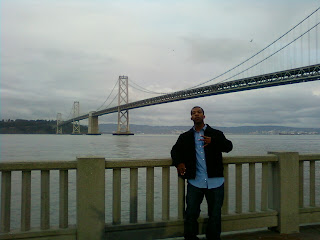 What is more dope than being dope? Being the creator of DOPE Magazine, which makes California native Tone Swep just that. Not only is Tone the creator of one of the hottest magazines out, but he is also a go-getter in every aspect. PBK recently got the chance to pick his brain to find out not only how DOPE Magazine live up to its name, but what inspired him to make the product that makes everyone else wish they had thought of it.

Tell me about yourself.
Tone Swep. Cali is home. I live and work in both San Francisco and Los Angeles, California. I’m a marketer who specializes in global urban youth culture and brand architecture. I also write and produce film and television projects for independent production companies. In April of 2010, I launched the premiere issue of Pure DOPE Magazine, also known as DOPE MAG.

Why did you create DOPE Magazine? And how do you think it compares to other magazines?
I recognized that a growing but oft-unacknowledged style of urban taste maker – the HighBrowUrban hood yuppie, or inner-city entrepreneur of class and affluence but still edge and street cred—wasn’t being featured or profiled as accurately or frequently as they deserved to be. I feel DOPE is unique, so I don’t think we compare to another publication. DOPE is more like a movie than a magazine. This ain’t a movie, dawg! 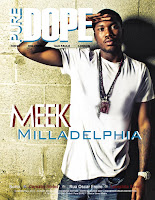 How did you decide upon the name for the magazine? 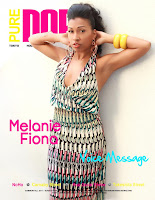 D-O-P-E is actually an acronym for 'Don’t Over Process Everything,’ as well as DOPE being a slang term for ‘very good, or near perfect.’ And then, of course, our trademark is Pure DOPE. We’re real, straight up 100% real. No additives. No filler. No bullshit. DOPE is a triple entendre.

How long did it take for you to think of the concept and key features of DOPE?
Not long. Maybe a month or so. Securing the initial capital investment took a little longer.

Who are the members of your team? Explain how you decided they would fit in with your aspirations for the magazine.
Josh Wilson is our art director. He’s been down with DOPE since day uno. Josh understands and captures my passion for what I call “street glam,” which translates into our signature HighBrowUrban brand of outspoken, stylishly rebellious affluence.
Meosha Davis is our style director, and the girl is just badass. Amazing is the only way to describe her. There is nothing Meosha can’t do, and she has proven that.
Our senior writer is Andrea Aguilar, who is one of my favorite people in the world. What Meosha and Andrea represent are vitally important to the DOPE brand – they are each young, attractive, gifted, fashionable, outgoing, educated women of color. Which screams empowerment in an era in which women are increasingly objectified. They are each a reflection of the modern-day creative professional.

What matters the most to you as an editor and creator?
Accuracy. Authenticity. That we capture the voice, vision and visceral prowess of each subject – from skater Terry Kennedy to rapper LoLa Monroe, couturier Angela Simmons to emcee Big Sean – with a certain urban-accuracy that the people will feel and identify with. And also that we are rebellious with a sort of controlled and guided “I don’t give a phuk” attitude. The DOPE atmosphere is very free-spirited, very true to self and real.

What goes into the production of DOPE? How long does the process of putting out one edition usually take?
Well, we are a print publication. So from photo shoots, to interviews, to write-ups, to graphic layout, to print formatting and binding, to mass print production, to packaging and distribution for retail sale and online sale. We are Triannual, so three issues per year. Much of what prolongs the process is that each article is a true exclusive, which means shoots, interviews and story development. But our readers deserve the best, so we do it.

Who are your role models?
I have a lot of reverse-role models; people who I saw doing the wrong thing when I was growing up. So I would basically observe how they lived their lives and fail, and do the opposite in my life to succeed.

What difficulties, if any, did you encounter in getting your name out there and being a newcomer to the magazine world?
None whatsoever. I don’t really allow anything or anyone to deter my moves. I move how I want to. If one door closes, another opens. And if they’re all closed I have to kick one in.

Before creating DOPE, did you have a different occupation? If so, what was it and at what point did you decide to put everything into making your dream come true?
I founded my project development company, Undertone Global, in 2004. Then the marketing division, Moxie Street Media, in 2007. I still develop, still market for various clients. But as DOPE has gained popularity and an expanded readership, the book has begun to compete with those two outlets for most of my time.

Could you see yourself in another occupation? Why or why not? 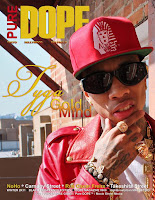 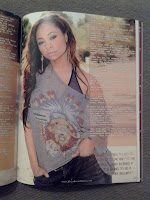 Not really. I’ll probably retire in my late 40’s. Sit on the beach with my wife, drink ice tea, read our latest issue and take long naps. Maybe pen a crime series or film, perhaps author a biography for someone every so often.

If someone asked you how they could become another Tone Swep, how would you answer that?
I’m driven. I’m hungry. I network like crazy. I take risks many of my colleagues urge me not to, but congratulate me later for. And I greatly value and appreciate good people who are good at what they do. If there is a true formula, those ingredients gotta be in there somewhere.

What inspires you?
I am most inspired by people who accept their God-given gifts and then work to maximize those gifts rather than take them for granted. One example is a Kobe Bryant type. He clearly is not as physically gifted as a Tracy McGrady or Vince Carter, or now LeBron and Dwight Howard. But what separates Kobe from those guys is his preparation, his work ethic, his being a student of the game, and his goal-oriented mentality. Greatness was the goal. And he achieved it.

What can we expect from DOPE Magazine in the near future?
More hot editions. More fly events, fashion shows. More exclusive photo shoots, interviews. And some of the best journalism in contemporary urban media. Hopefully, our office and media center opens in the near future too. And of course, more real talk from the block to the boardroom. We’ll always keep it street but suite over here. We wouldn’t have it any other way.

DOPE Magazine can be purchased on www.Dope310.com. Make sure to check out the website for exclusive event photos and to read more about the magazine and past publications, and definitely follow them on Twitter at @D_O_P_E. A huge thanks goes to Tone Swep for interviewing with PBK. We wish DOPE Magazine the best of blessings and success in the future!