Always a Bride, Never a Mechanic 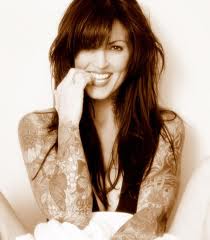 There is nothing wrong with categorization in book stores. It's easier for organization and whatnot, but B&N's magazine section is grouped is um, fascinating. Not every woman is interested in marriage, and not every man is into tattoos and cars. While I'm not blaming B&N for their magazine selection (because they have a huge variety of magazines), but why are they grouped in that way?
The way the B&N magazine section is categorized symbolizes how much of the world sees the dichotomy of men and women. Men = rough, tough, “manly,” provider...etc. Women = wives, homemakers, gentle, nurturing...etc. Maybe back in the 1950s, but now? Not entirely.
Why are there so many bridal magazines, but not as many groom's magazines? Are women more picky and particular about how their wedding is organized than men? Not every female dreams of walking down a lavender rose petal-clad aisle in a $5,000 hand-beaded one of a kind Vera Wang wedding dress. Sometimes, we just want to wear sweat pants and inked skin and get under the hood of a 1946 Chevy pick up. Accept it or not, that's just the way it is.
BTW, in writing this blog post, I happened to have stumbled upon TheStepfordWife.com. Personally, the ideals promoted on that site is pretty ridiculous, but to each's own. *shrug*
Created by Ms. B. at 9:11 AM