White Privilege in a Post-Racial America

"More African-American men are in prison or jail, on probation or parole than were enslaved in 1850, before the Civil War began."
-Michelle Alexander 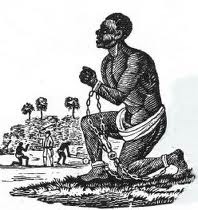 It’s a shame how many black men are in jail or on probation right now. Before you say that they should “stop doing hoodrat things with their friends,” think about how many have been recently released for wrongful imprisonment. While many say that black men being enslaved is not their problem, they must realize that it affects everyone.
Firstly, the imprisonment of black men affects black women, especially those who are married or have children by them. If they are unable to care for themselves financially, they have to depend on government support. As a result, they have to deal with the stereotypes associated with women on welfare—ghetto, uneducated, lazy…etc. I admit, there are some women who will dodge financial responsibility by getting on the county or welfare, but not all do it by choice. Given that the economy sucks and finding a job can be difficult, a temporary solution may be to get government assistance.

Secondly, the children suffer. They are left without fathers who would otherwise be in their lives. Yes, some men out of prison don’t even wish to take care of their children, but that is their choice. By enslaving the men, their choice to raise their children is taken away. On so many websites, *cough* KTLA *cough* whenever there is a minority run-in with the law, commenters are always quick to blame the parents for their behavior and throw in black stereotypes regarding their parents being low-class, ghetto, uneducated or criminals. They don’t take into consideration that some parents will do what it takes to make ends meet so their children can have a better future. Given that the system is against them, they don’t stand the same chance as someone of Caucasian ethnicity. If your name is too ethnic or you don’t have an Ivy League education, you can forget about a good job. Then you have to resort to odd jobs or illegal activities. As a result, you are labeled as a deadbeat or no-good. Hell, you can just be in the wrong place at the wrong time and go to jail for 10+ years. Yes, these children have a choice whether or not to make something of themselves in their circumstances, but it is difficult to know what to do when there is not a stable family structure.

Back in slavery days, the fathers were always sold separately from their families because it destroyed the family structure. The mother was left to raise her family, or what was left of it, by herself. Maybe this is why women are expected to be so strong nowadays. *shrug* Now that slavery is over, Jim Crow remains. Black men are constantly in the wrong place at the wrong time.

Currently, the new thing is Charlie Sheen and his antics: tiger blood, Adonis DNA, winning…etc. The only reason he is “winning” is because he has yet to get lost in the system. As much cocaine and whatever drugs he’s done, he has yet to serve any significant jail time. How does that make sense? Robert Downey, Jr. has done some fucked up things and has bounced back to make millions of dollars off movies and what not. Yeah, Chris Brown never served any jail time for beating up Rihanna, but he can never reach the platform he once had. Yet, Mel Gibson, Charlie Sheen, Robert Downey Jr., Lindsay Lohan and many others can get caught doing some bullshit, and will get a slap on the wrist and maybe a bunch of court dates. With blacks, it’s Go Directly to Jail, Do Not Pass Go, Do Not Collect $200.

Someone on Twitter tweeted, “I’m proud to be black, but if I were white, I wouldn’t take it for granted. I’d take advantage.” Unfortunately, this statement is true for me also. I would never trade my black (tan) skin for anything. HOWEVER, if I were white, I’d take full advantage of my white privilege. [White privilege: “The privilege to acknowledge you have unearned privilege but ignore what it means”]. What I say may sound ignorant, but I don’t care. Some may deny that white privilege exists in this “post-racial” America, but they’re simply in denial.

Ohio State law professor Michelle Alexander wrote a book entitled “The New Jim Crow: Mass Incarceration in the Age of Colorblindness,” which I am dying to read. Alexander has studied extensively on this topic and I am very interested in knowing more especially with my own father incarcerated and the system has yet to change. The government wants to siphon 20-30 years of free labor out of the average black man then admit his wrongful incarceration. They may toss a couple dollars for your trouble, but no amount of money can buy loss time, youth, opportunities, or your children’s childhood back. Like I said before, the system is fucked and it won’t changed until we do more to change it.
♥P.
Created by Ms. B. at 11:49 AM