Someone Had to Say It

I've tried my best to not speak on this topic, BUT Donald Trump really pushed me to the limit. He wants to be the next presidential candidate. That's all fine and dandy. However, instead of coming up with solutions to problems we're facing, he chooses to slander the current president, President Obama, by accusing him of not being an American citizen. The government may be a little idiotic at times, but does he really think that they did not take the time out to make sure the president was born in America before swearing him into office??

For months, Trump has been nitpicking at Obama producing a birth certificate that sufficed his requirements. Obama doesn't owe Trump jack shit! But today, Obama showed the entire nation a live birth certificate from the hospital in Hawaii at which he was born on August 4, 1961. What was Donald's response? Something along the lines of “I haven't looked at it, but I hope it's satisfactory to me.” Trump, have you taken the time to realize how stupid you sound? Had Obama's name been Jim Jackson, John McCain, George Bush, would he have to deal with this constant scrutiny? I doubt it. As Obama said earlier today, there are more important things to worry about than where he was born. 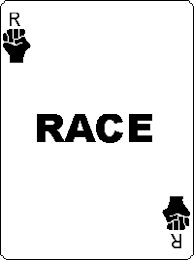 But that isn't what made me upset. After all of this, Trump has the nerve to question the legitimacy of President Obama's admission to Columbia and Harvard University. He says, “[Obama was a] terrible student. How does a bad student go to Columbia and then to Harvard? I’m thinking about it, I’m certainly looking into it. Let him show his records. I have friends who have smart sons with great marks, great boards, great everything and they can’t get into Harvard. We don’t know a thing about this guy. There are a lot of questions that are unanswered about our president.” Well, Mr. Trump, there are plenty of unanswered questions about that the remains of that dead squirrel sitting on the top of your head, but do you hear us all over the news trying to get an autopsy? Not at all. Donald Trump sounds like a bitter Columbia/Harvard reject. Without even mentioning President Obama's race, I highly doubt that Donald Trump would question the educational achievements of someone with a different name. Eff that... Had Obama been a white Republican, these questions would not arise. I have tried not to play the race card, but like Whoopi Goldberg said today on “The View,” I'm playing it! *starts shuffling cards*
If Trump wanted any chance of being a presidential candidate, he'd focus on more important topics at hand. He's just another Sarah Palin. I really did not want to speak on this, but I've been driven to this point by the overwhelming amount of ignorance, stupidity and arrogance emitting from Donald Trump's shitty comb-over.


Donald Trump, find a thousand seats and sit the fuck down!
...I'm done *in my C. Breezy voice.*