I'd Tap That... With a Baseball Bat: The Transformation of Sex 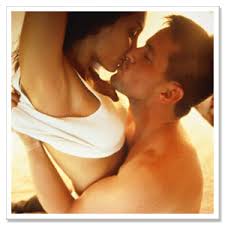 Birds, bees, dogs, and rabbits all do it. Yes, I'm talking about sex. Humans, dogs and rabbits seem to enjoy it more so than almost any other species. In the past, sex was almost a taboo subject to talk about. However, the terms for sex have gone from innocent and shielded to perverted and violent. The first time I heard about sex, I was about 5 years old. Sex, then, was simply put as: “doing it.” “It” could have been anything so no one was exactly saying something dirty. When I was in middle school, the term changed from “it” to “hit” and “smash.” Kids my age were starting to make “it” more of something that everyone can do. To hit or smash something generally symbolizes anger or some type of similar emotion. Throughout the years, having sex has been called “hitting,” smashing,” “beating,” “tapping,” “banging,” and “fucking.” Even now, my generation has added a new term, “smanging,” a combination of “smashing” and “banging.” This term was coined by the musical group, if you will, Yung Humma and Flynt Flossy.

Don’t get me wrong, sex is a wonderful act meant for people who love each other and wish to express that love. However, the terms used for the act seem so harsh and callous rather than gentle and loving. Although they are used by each sex or gender, the words still seem very misogynistic. Why does a guy want to smash, bang, beat, hit, or tap “it” (*clears throat and whispers* her vagina) if he “loves” her? The woman is the sole giver of life. It is physically impossible for a male to give birth so why would you wish to hurt the one person capable of creating a future generation?

Nowadays, women are using phrases such as “Lemme tap that,” “I’d hit that,” and so on for whatever reason they may have. I use it jokingly, but I am still aware of the misogynist undertones embedded in the terms. I’m all for women empowerment and doing some of the same things as men, but I’d prefer if the terms were not in use at all. Sex appeal and sex is not meant to be perverted, but after hearing about the second graders having oral sex in class, I do feel like sex has taken a turn for the worse. Parents allow their children to watch and listen to everything in the media, and the media is all for selling sex to any- and everyone. Children don’t know how to spell their own names, but can pronounce and use “bitch” perfectly in a sentence. Is that not some shit?
Sex is a beautiful thing, but it should be transformed and altered in moderation. “Giving head,” “slurping,” “fucking/beating/tapping/hitting/smashing/banging/smanging,” and what ever other terms should be left to foreplay if that’s the case. I don’t prefer to let ANYONE fuck/beat/tap/hit/smash/bang/smang any part of my body in any case. There is a difference between having wild, crazy sex and being borderline abusive to her *ahem* body part.
I’ll never understand why people use harsh language to describe sex when sex was never meant to be perverted or violent. Maybe people want to further explore their carnal desire for lust and sex, but I really wish that it would have stayed inhibited.