RadioChellz: Media Mogul in the Making

It’s rare to find someone so dedicated to helping people share their stories without being influenced by the fame, fortune, and other perks that are included. RadioChellz is that person. Standing at only 4’11, the self-proclaimed “Princess of Personality” has one of the biggest hearts you will find in the entertainment industry. RadioChellz has proven that not only does she possess the qualities that the radio is missing, but she can take over the radio waves in the near future. RadioChellz is different because she is wholeheartedly dedicated to her craft and her beliefs. By following her on Twitter, it is clear that her priorities are in order, with God at the top of all she does. In this interview, RadioChellz proves to be an inspiration and the epitome of hard work, panache, and gentility. 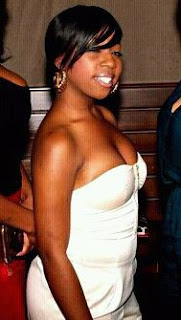 Tell us about yourself.
I am an aspiring broadcast journalist, who has a passion for music, media and entertainment; along with a strong interest for music and biographies. Every since I was a little girl, I would always entertain and host shows (even in front of my teddy bears). I began public speaking at an early age. I’ve never been a shy girl. People always told me I had a voice for radio—giving speeches in elementary all the way through high school. [I’ve always been] "the little girl with the loud mouth" so to speak, because of my small stature of 4'11 tall. My mom would always tell me that my voice carries, but I didn't realize what she meant until now. Upon ending my last season of college radio, I’ve interned & interviews tons of celebrities and independent artists, as well proclaiming myself the “Princess of Personality.”

How did you come up with the name “RadioChellz”?
I came up with "RadioChellz" because radio is my first passion and "Chellz" is my nickname, which is a branch off from my real name Rachell.

How did you get into radio hosting?
At first, I really didn't know what I wanted to do, but I knew I always had an interest for music and to learn people's stories. Then people told me I always had a voice for radio, so when I began college, I enrolled in the broadcasting program and loved it!

Being a female, have you found it difficult making a name for yourself in the music and media industry?
Yes. At times, it has got difficult because the level of respect is different for women in ANY industry where men are more dominant. I have learned to get respect without being a bitch. You have to let your grind speak for itself, but people are going to try and test you all the time. [You just have to] keep it professional.

Do you usually solicit people for interviews or is it the other way around?
In the beginning, I use to solicit, but as my buzz and fan base became larger, different artists would reach out to me.

Do you remember the first person and group you’ve ever interviewed?
My first group was YRF and the first artist was Genasis.

What are your personal and professional goals?
I plan on finishing school with a double Bachelor’s Degree in business and journalism to become the next music television network mogul. In the meanwhile, I would love to be a part of a network like E! or MTV.

What is the best aspect of your job?
The best part is being able to help different independent artists be able to share their story with the world, and also building the rapport with different celebrities and networking.

Do you have any dislikes?
I dislike the fact that sometimes artists have egos to protect so sometimes their tactfulness is not always professional. Artists, sometimes, will treat interviews like a right instead of a privilege.

What does it feel like when you’re on the radio?
When I'm on-air, it is such a high for me. It seems mostly like a conversation, but with the world.

Do you ever get nervous?
YES! I get nervous before every show. I just say a prayer and transform from Rachell to RADIOCHELLZ beast mode, but I seem to be a natural at it.

What inspires you?
Sway from MTV and Angie Martinez are biggest inspirations. I have followed their work from the beginning, but my BIGGEST inspiration and influence has been GOD , my Lord Jesus Savior because I wouldn't have been able to make it this far without Him. So I cannot take the glory because it wasn't me but HE .

For those who wish to get a foot in the door in the media world, what advice would you give them?

My advice would be stay determined and eager, find your niche, and your brand. Stay humble and always keep learning your craft, but, most important, get your name on EVERYTHING!! Market your brand—get business cards, fliers, a website, blogs, etc… 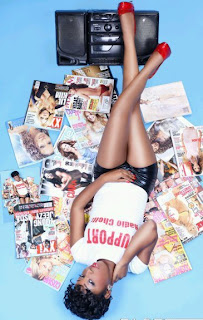 Thank you, RadioChellz, for doing the interview. Continue to be a blessing to others and keep your faith in God on high. For those who would like to reach her, RadioChellz can be found on Twitter at @RadioChellz and by email, RadioChellz1@gmail.com.
Created by Ms. B. at 9:59 AM