The Power of a Name

On Sunday, January 2nd, 2011, Arnold Schwarzenegger reduced the prison sentence of former Assembly Speaker Fabian Nuñez’s son. Esteban Nuñez’s original manslaughter sentence was for 16 years. With the reduction, it is now seven. Schwarzenegger called the 16-year sentence “excessive.” Really? 16 years for killing someone is considered excessive? A conspiracy drug charge based on circumstantial evidence is worth approximately 10 years—more than a human life? Since when?! 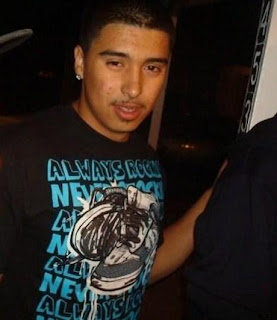 Esteban Nuñez was charged for his role in the October 2008 stabbing of college student, Luis Dos Santos near San Diego State University. After Nuñez and his friends attacked a group of men, they hopped in a car and drove to Sacramento to burn their clothes and throw their knives in a river. Based on court records, Nuñez told his friends not to worry, his father would get them off the hook. According to Schwarzenegger, his decision is based on Nuñez’s “limited role in Santos’ death” and Nuñez’s lack of a criminal record. The charge for involuntary manslaughter in California is 24 years. For voluntary manslaughter, it is 36 years in prison. Therefore, Esteban already had gotten a reduced sentence when he was given a 16-year jail sentence. For what? For being a politician’s son? Wow. During the trial, Nuñez received special treatment. His $2 million bail was cut in half. He was allowed to attend the state Democratic Party's May 2009 golf tournament, spa day and fundraiser at Pebble Beach. He did not even begin his prison sentence until June 30, 2010.
The upsetting thing about what Schwarzenegger had done is that he knew that he had recently became close with Fabian Nuñez while working together to pass the 2006 California global warming law. Given that they are friends, wouldn’t Schwarzenegger’s reduction of Esteban’s sentence be a conflict of interest? He’s the governor of California—aka he has the power to grant clemency and sentence reduction. Fabian Nuñez’s son is in prison in need of a prison release or sentence reduction. Hmmm… How could that happen? Here’s a bright idea: get in good with Schwarzenegger enough to get him to decrease the sentence.

This situation is cowardly, sneaky, and fucked up on Schwarzenegger’s part. First of all, he did not notify the family of the victim that he was lessening the prison term. They deserve to know what Luis’ life was worth—seven fucking years. Given that Esteban had already served a small portion of the term, and there’s the good behavior clause, Luis will only have served not even five years for killing someone’s family member. The family of Dos Santos will have to read the new sentence decision on the news—not even from Schwarzenegger’s mouth. He was too cowardly to discuss it with them. Another pusillanimous aspect of this is that Schwarzenegger did not even announce the news in a professional manner. He never stated his decision in front of a camera or with anyone. He did it via email. Email?! According to the L.A. Times, the district attorney's office was not consulted and the decision comes as the appeals process was continuing. Even the San Diego City Attorney, Jan Goldsmith, accused Schwarzenegger of reducing the sentence to "help his political crony's son."

On his last day in office, Schwarzenegger decided to make an even bigger mockery of the judicial system. Even Esteban knew that he would be off the hook. Look what happens when you have a politically-connected parent. Esteban’s main concern was looking for a gateway after he stabbed Dos Santos. He is not remorseful at all, especially having a well-connected father who will allow him to only serve a few measly months or years in a well-maintained “prison.”

This is a great example of the fuckery that ensues in the judicial system. Why have trials held by people who are specialists in law, and why have people miss work to be part of a jury, if, in the end, the governor will come and decide the final sentence based on political alliances and friendships with the defendant's family? Had it been his son, would Schwarzenegger reduce the sentence? I highly doubt it.

Shit like this makes me sick to my stomach. And they wonder why people lack faith in the government and judicial system. Smh.