Good Black Men Are In Hiding 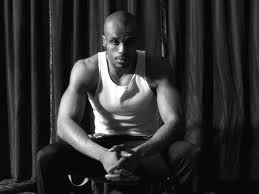 Yesterday, I read one a tweet that stated:
“Some things black men do and say make me happy y’all [are] still on the bottom of the totem pole in the free world… If this was a black man’s world, everything would be fucked up… It’s some good black men but they are scarce. It’s a bunch of ignorant niggers.”

While I wouldn’t say that I am happy that black men are on the bottom of the barrel, I do agree with what she said, but only to a certain extent. I definitely agree that there are some good black men in the world. However, I think that the reason why she feels this way is because there are so many ignorant ones out there making all of the other ones look bad. As the saying goes, “good guys finish last.” This is true. All the media chooses to portray is no-good black men (aka baby daddies, drug dealers, cheating athletes, rapists… etc). When that is all people see, of course they are going to believe that most black men are like that.

I can’t persuade anyone to feel a certain way, but I know that, in my experience, I have met some ignorant “niggers” and some black men. There is a difference. A nigger is someone (not particularly black) who is uninformed of what is going on in the world, and chooses not to explore & educate his/herself to their surroundings. They have a slave mentality, but instead of someone forcing them to do something, they pick their own master. In other words, they pick their potion.

My father is a perfect example of an excellent black man. My dad is currently incarcerated, and going through appeal, and still looks out for me. Although falsely imprisoned, he still maintains a positive outlook on life and still tries to do what he can for me. Despite knowing that there is not much materially he can do now, he still manages to provide me with his support and love throughout it all even though he is the one who needs it the most. Last Sunday, I visited my dad and got to speak with him for hours. Just speaking to my dad reassures me that what I am doing with my life is correct. My relationship with my father is amazing. While talking to my dad, I realized that while others only see his negative traits, everything good about my dad is embedded in my boyfriend. It is rare to find females who say that they want to marry someone like their father, but I can honestly say that I love it. To me, my dad has proven that there are good black men out in the world. 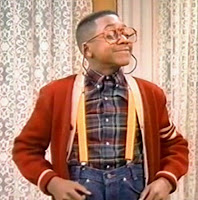 In reading the tweet from yesterday, I realized that many of the good black men are hidden somewhere in the depths of solitude as Tupac Shakur would say. Maybe it’s best that they are hidden because they get the chance to observe those who are really down for them. Good black men are like the nerdy unpopular kids in school. Everyone bypasses them until they become billionaires and famous, then they have groupies and fans all over them. When that occurs, they have the upper hand. They have the option of leading them on and disposing of them at their leisure, but they also have a better chance of seeing the real traits in people.