5 Reasons He isn't Your Boyfriend 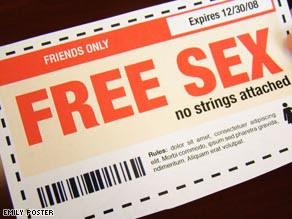 I’m either your girlfriend or I’m not. I refuse to be your slut-bag though. I’m not going to have sex with you if we aren’t monogamous; just the same I’m not going to have your babies if we aren’t married. Point, blank, period. Is it just me or is it becoming normal to sleep with guys with no strings attached? If he’s single, she’s single, sleeping together, and acting like a couple, then what is so difficult about committing?


Here are my five reasons why you’re good enough to sleep with, but not make his girlfriend:

1. He’s had bad experience with women.
Regardless of his past experience, he is still sleeping with you. Obviously, there’s something that has drawn him to you that has shown him that you aren’t the same as his previous relationships. Therefore, it would be safe to say that maybe this time it’ll be different.
2. There’s someone else.
He wants to mix-and-match. You have amazing sex, she have an amazing personality. Combined, you two make the perfect girlfriend. When he doesn’t feel like talking, you’re the one. When the sex is over, he can cuddle with her. You’re one-half a perfect companion. Knowing that you wouldn’t allow him to have two girlfriends, he chooses not to be exclusive. If he makes you his girlfriend, the other girl is out of the picture, thus, ruining half of the perfect equation. 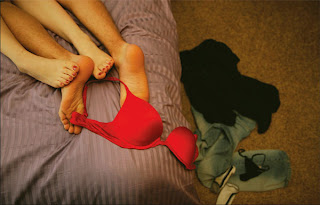 3. He’s completely happy with the situation.

You two have the ideal relationship. 3am phone calls need no definition. Wham! Bam! Thank you, ma’am. Afterwards, show yourself out. He has the milk, why buy the cow? You aren’t complaining so why should he? If it isn’t broken, don’t fix it. You’re going to allow him the sex without commitment so what is the point of “complicating” things by making you his girlfriend?
4. He’s not “ready."
He’s been hurt in the past. He has some things to work out in his own life. Blah blah blah. If he’s not ready, then maybe he should be celibate.
5. You just aren’t the one.
You’re a great person, but just not for him. You’re great being his sex buddy. Nothing more. Nothing less. He enjoys your company. Friends. With benefits. After all, who wants to make a fun-toy a commitment?
Feel free to add more.
-Phoenix
Created by Ms. B. at 9:24 PM