Why Can't You Spell?

I don't understand why people nowadays can't spell. Now, I must clarify before I begin this rant... There is a difference betweeen a basic typo, purposely spelling something a certain way for emphasis, or whatever other reason, and flat out not being able to spell. 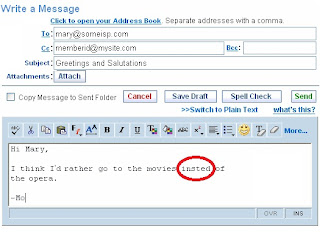 Given that we now have the internet at our fingertips, there should not be any reason why people are not able to spell. iPhones have a dictionary application. There are free online dictionaries and thesaurus' on the web. There are ample opportunities to better yourself; why not take advantage?