Eyes slither deviously from his chest to his delectable genitals.


Instantly, and unexpectedly, moisture gathers between her legs. Reflexes perhaps.


Ms. Mary Jane, as she is called, is a head turner.


Manipulation and mischief are her weapons.


Though, her aim isn't riches--sex is her drug of choice.

To the mystery man, she is a lady waiting for her prince. To her, he is another victim.

Licking her lips, she slowly strolls to her prey. Thighs thick and lifted 6-inches vertically, she knows her poison is irresistible. 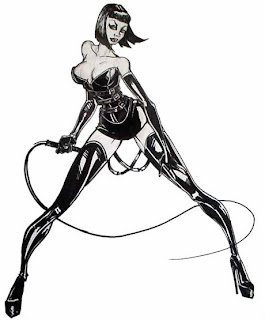 In the morning, he searches for evidence of what occurred in the night. No traces of the vixen. Only a kiss print left on the mirror.

Email ThisBlogThis!Share to TwitterShare to FacebookShare to Pinterest
Labels: Poetry