De'jon Simons: Behind the Scars 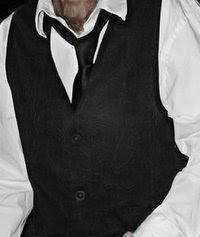 Many people use the term “I almost died” very loosely. It is used when their favorite star touches their hand, their shoes are out of stock, they get a surprise check in the mail…etc. However, De’jon Simons has not only almost died; he was not expected to live. After a horrific motorcycle accident in 2004, he was only given a 5% chance of survival. In the accident, he suffered third and fourth degree burns to 97% of his body. De’Jon has proved that there is a God, and there are such things as miracles. Not only has De’Jon made his second chance at life great, but he has accomplished so much within the 7 years since the accident. Besides just being known for the tragic events, he is famous for his talent in the fields of writing, designing, and motivational speaking.


Thank you for interviewing with Pink Brass Knuckles, and sharing your story. You are truly an inspiration to so many people. I wish you continued success and blessings in all you do.

De'jon's documentary can be found at: http://vimeo.com/16870597
His writing is on his website: http://www.behindthescars.net/