Good With You But Better Without You

"When [guys] realize that a woman's tolerance [for bullshit] is high, [they're] going to test out how high it'll go."
-Steve Harvey 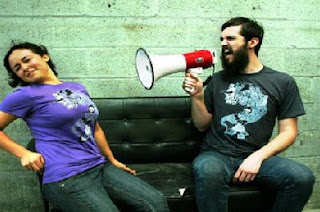 I don’t understand why women allow themselves to be treated poorly. Maybe I’m one of the few women who have a low bullshit tolerance. After many encounters with dealing with lames, I’ve gotten sick of it. I have never had a desire to be miserable and there is no man worthy enough to make me want to be. In the past I’ve been cheated on, and took him back. Obviously that relationship did not last because I came to my senses. It was not in my plan to be with someone who supposedly loved me, but enjoyed other girls behind my back. I was not going to devote my energy into being an unpaid detective on the side; searching through his pants pockets and drawers for clues that he stepped out on me again. I shouldn’t be with someone who I didn’t trust. I deserved better. I moved on.

Unfortunately, there are so many females in the world that do not realize their worth. I’ve come across the two common types of females:


1. The female that is in a relationship with a guy and goes searching for clues of his infidelity. She searches through his call log and text messages for any discrepancies and flirtatiousness behavior. Once she finds it, she doesn’t do anything about it. She spends her time bettering herself as to prevent this behavior. She goes out of her way to buy him expensive gifts, become better in bed, and does everything he wants her to do, never mentioning that she knows his secrets. This type of female often calls her friends late at night crying and asking for guidance instead of going to him. She fears that he’s going to see her as insecure or jealous. She knows for a fact that he’s going to turn the situation around to make it seem like her fault. Yet, she does nothing to show him that she’s not to be played.

2. The female that is not in a relationship with a guy, but is sexing him on a semi-regular basis. She knows that he has other girls on the side, but, since they never established a commitment or limitations between them, she understand that she has no right to say anything about the other girls. She allows him to have his cake and eat it too. He is allowed to have an infinite amount of females in front of her face, and he still gets her at his beck and call. However, she is more than a booty-call, since there are a bit of feelings involved, but she isn’t his girlfriend per se so he’s still technically single.

Steve Harvey said, “When we [men] realize that a woman's tolerance is high, we’re going to see how high it'll go.” Ladies, please develop a low tolerance for bullshit. You do not deserve to be any man’s footstool or place mat. As soon as he does something that you do not like, or that is disrespectful to your relationship, let him know. He has two options: compromise/alter his lifestyle or your relationship is over. It is not meant for you to be unhappy in your relationship.You can do bad all by yourself if that is the case.