Intelligence is Sexy: Talk Nerdy to Me 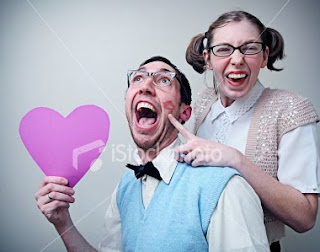 Come out. Come out wherever you are. When will people understand that intelligence is sexy? It seems like a lot of people who are able to sustain intellectual conversations are in hiding. They’ve been replaced by girls who would rather flaunt their bodies instead of their minds. Almost 75% of young females on the internet are apart of some form of social networking (i.e. Facebook, Twitter, Myspace, Tumblr…), and probably ¾ of them have a picture of themselves with barely any clothes covering their bodies. Why is that? Do they not trust that their faces or personality will garner any attention?

Education is sexy. Who wants to hold a conversation with someone who can’t say more than “lol,” “wyd,” “idgaf,” or any of these other abbreviations they have nowadays. It’s fine when you want to send a quick text or tweet, but, in real life, you’re going to need more substance. No one wants to be around an airhead. Airheads are easy to spot. They’re on Twitter with names such as “@PuxxySoSweet,” “@HeadGameSilly,” “@WannaTweetMyTwatter,” but they’re always crying about not being respected. Those are the airheads because they just don’t get it. The way you are portrayed on Twitter is the way you’ll be approached in real life.

I’ve noticed lately that, the more ignorant and obnoxious something is, the more attention it will attract. While watching the video attached to “Pimps, Hoes, and Babies,” I’ve noticed that so many people were glorifying the stupidity that was occurring in the video. They posted comments such as:
It’s a shame that ignorance is glorified, but education is not. Everyone is on television encouraging children to get an education, but they are seeing otherwise. While athletes and drug dealers are ballin’ out of control, the people who spent their time in school are still struggling to make ends meet. It’s ironic that doctors, lawyers, entertainers, and athletes are making more than the people who taught them. They want to lower the pay of the ones who are educating our children, but they want a better education system—more for less, right? 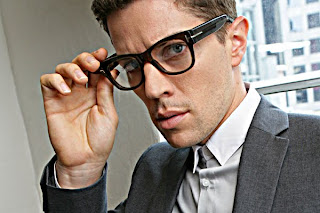 Regardless of it all, education is sexy to me. I like a man who has his head on straight and isn’t all about trying to be a thug. He’s sexy because he enjoys learning new things and can also educate me in the process of his learning. I mean, who wants to be with someone who only knows what everyone else know?