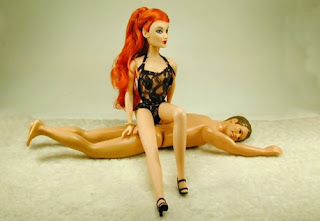 “You throw like a girl!” “Stop acting like a girl.” “Grow some balls!” Ever since I could remember, I have always heard these phrases. I have never seen them as offensive except for the person to which they were directed. It was not until recently that it clicked to me that the real insult is not to the guy, but actually to all women.
Even in 2010, women are still treated like second-class citizens. Women are seen as the nurturers, care-givers, and the more sensitive human beings compared to their male counterparts. While this is true, we are not limited to these roles; we never should have been. By looking at women’s history, one can see that women have achieved plenty. Oprah, Josephine Baker, Florence Allen, Annie Oakley, and Mary Baker are just a few examples of successful women in history.
Despite a history of abuse, Oprah has received several awards for her nationally-syndicated talk show, “The Oprah Winfrey Show.” Overcoming limitations due to her skin color, Josephine Baker, born Freda McDonald, became one of the world's most versatile entertainers, performing on stage, screen and recordings. She adopted twelve children from around the world whom she called her "Rainbow Tribe.” She was also a civil rights activist. She became the first American woman to receive French military honors at her funeral. After being refused admission for being a woman at Western Reserve Law School, Florence Allen was the first woman to receive a law degree. She became Cuyahoga County's first female assistant prosecutor. She became a Common Pleas Judge and went on to be the first woman elected to Ohio's Supreme Court. In 1922, President Roosevelt appointed her to the United States Court of Appeals, where she held the position for twenty five years. Annie Oakley, standing at five foot tall, is the most famous sharp shooter of all time. She starred in the Wild West Show for 16 years. She is also the subject of the Broadway show, “Annie Get Your Gun.” Mary “Bonnie” Baker is a part of the founding players for the All-American Girls Professional League. She was a former model whose husband was fighting overseas in World War II. She was an all star in 1943 and 1946, and played in 930 games in her career. She hit .235 for her career, with 1 home run, 244 RBI and 465 runs. Her career fielding average was .953. In 1964, she worked for Regina radio station CKRM, as the first female sports broadcaster in Canada. She also managed the Wheat City Curling Club for 25 years.
Women are more than mothers, housewives, or a trophy on a man’s arm. With the infinite amount of women pioneers in the world, it is easy to see that women are equal to men, in not better in some aspects. Although some men are believed to embody physical strength, women have the capacity to endure more. Once a month, she suffers almost a week of cramps that are comparable to multiple stab wounds to the lower abdomen. Although bleeding for almost seven days a week is not ideal, women tolerate it for half of their lives. If men could handle it, God would have built them physically capable to do so.
While I am not down-playing any achievements of men, I believe that women should be given more credit than they are currently receiving. I challenge everyone reading this to tell all of the women in their lives that you appreciate them more than they can imagine. After all, if it were not a woman, and her eggs, we would not be here right now. Next time someone teases you about throwing like a girl, simply say “Thank you.” It is not an insult, but a compliment.
xoxoPHOENiX♥
Created by Ms. B. at 12:09 PM