Keep Your Laws Off My Body 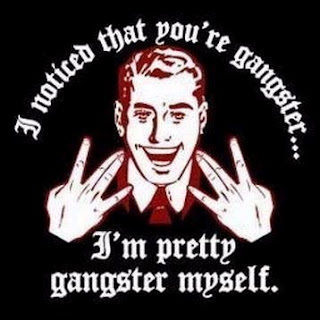 At the beginning of February, while on Twitter, I noticed a few of my Bermudian friends were discussing a new bill in Bermuda being considered that bans wearing hooded sweatshirts. Despite not caring about it very much, I found it interesting that Bermuda, or any country for that matter, would attempt to put such limitations on what people decide to wear.

On February 20th, 2010, the government in Bermuda passed a law giving law enforcement officers power to confiscate hooded sweatshirts, also known as hoodies, disperse groups hanging out, and conduct longer stop and searches. This law will also give police the power to detain those under 17 years old who are hanging out after 9pm without their parents, and take them home “for their own safety” (The Royal Gazette). Officers will be able to seize any clothes that conceal their identity such as hooded tops and face scarves, even if they are not being worn at the time. Anyone that refuses to cooperate will be fined up to $2,500. The main goal of the Anti-Hoodie Bill is to reduce the “escalation of gang-relations violence and anti-social behavior.”

As I read this, I quietly thought to myself that I was glad to live in America, where rules against certain stereotypical clothing did not exist. As soon as the thought crossed my mind, I was directed to a news article dated September 12th, 2008, that read that some schools in New Jersey were banning hooded clothing due to the fact that they concealed students identities from hallway cameras. At the bottom of the screen, many people had posted comments either in favor of the prohibition or against it. Those in favor argued that the main concern of the school was safety and security, and this was a necessary measure to maintain a protected campus. One poster, “whatevernj,” said, “If kids are cold let them were a standard sweatshirt or a sweater. This is very practical since there is no way to enforce the kids from not pulling the hood over their head before they come within camera sight and do whatever mischief they intend to.” While this seems ideal, hoods on sweatshirts are made to keep the head warm. However, it does not block anyone’s identity unless the camera is positioned behind them, which would not capture the student’s face even if there was no hood present. A male poster by the name of “gino55” said that hooded sweatshirts can be used to hide contraband. However, this argument was quickly shut down by “baligirl” who points out that any place can be used to hide contraband. Without these sweatshirts, the students will simply get more clever and creative.

As a former middle school and high school rule breaker, I do not agree with the law in Bermuda nor do I see the prohibition of hooded sweatshirts as a way of preventing rules from being broken. In Bermuda, they claim that the law will reduce the rise of gang violence. Hoods on sweatshirts will not change a person’s character. A person who is determined to break laws is not going to change their minds simply because they cannot wear sweatshirts. They will come up with another way to not get caught. Also, gang attire is not limited to sweatshirts. Gang members and criminals, more often than not, are going to opt for the clothing that makes them inconspicuous. Since sweatshirts are the targets, they are, for example, going to wear a nice button-down shirt or something that resembles what a “normal” person would wear. To sum it all up, I believe that people are going to do what they want regardless of their clothing. Therefore, I find the banning of hooded clothing to be pointless.